“The Illusion Of Confusion” Authored By Lyrad Namllah

My primary focus is to bring you a diverse selection of content, and mix them to create a perfect and informative conversation.

Search Us On The Web Today 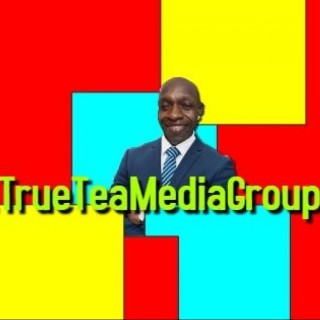 Helping You Stay Ahead True Tea Media Group prioritizes the needs of each client. We strive to help you find your creative voice through a variety of services. We are a culture of thinkers and makers who have been bringing our clients’ ideas into existence since 2012. Our business works closely with each brand in order to create solid communication strategies that will produce measurable results.

Enough already with the whole spill about someone who can take on Trump because didn’t the Russians win it for him.. realistically we should e electing  those who have a clear agenda for the now and the future of moving this country forward not who can pound their chest the hardest , you see where that has led us to today, la fool driving a orange pinto with no policy no agenda no short or long term focus and most importantly now RESPECT for America.

All this talk about too many dems is nonsense maybe we should be having the talk about eliminating the 200 year old tired out with no more miles left “electoral college mess” that was created in favor of the slave states when that happens then we will see a raw real true election.  I think that the media is putting to much focus on someone because they did 8 years as vice president, OK and I say to you don’t get all hung up on a household name! once again I say Should be focused on their policy of today s society an not that of what they did years ago..The objective is to move the country forward not backwards.

Nothing against woman at all so don’t try and read this in any other narrative but… Some reporters  are touting that women came out in great numbers in favor of women during the mid-terms but does that really mean that’s their focus for the next president. I would hope to have a 1st female president just as much as the next but I would feel more comfort in hoping they vote based on ones policy and agenda on moving America forward for the better of the country. Not sure why but to me it looks as if most left media outlets are attempting the spend the day trying to knock the number 2 and 3 contenders according to most recent polls down so that Klobashar and warren can move up because To look at what is sometimes put together as the talking points of the day for said left network(s) I find it quite demoralizing and partisan  to see a bunch of folk instead of delivering the truth they are too busy pushing the agenda of the candidate they are rooting for based on their personal wants and who name is more household than the other…I love watching y’all politic it up and all but pump your breaks a little because I do feel that your verbal thoughts not only direct the outcome of polls but in a way it looks as if you do juice up the nasty battle within the party with too much speculation.

Another thing stop thinking, under-estimating,  and making Southerner voters mainly of color out to be so uneducated and color partisan that one would believe that we will only vote for those of their close if not same skin color, I mean we do understand policy and we have things that we want as well, whether it be male female or either of the races of nationality period! And I’m sure before the day is over one of you will prove my point on trying to knock the current polls spots of Harris and Sanders down in hopes of Klobashar and warren rising in their place. I love Biden, An I’m sorry for having to say this but I feel that the reason why Biden is slow pacing his bid to run is based on the facts that the media keeps touting that he is the top runner can we see his policy agenda and focus for the country I mean not just because he previously held vice pres. Position.

As far as the opioid crisis the county is battling I never see any media displaying any help hotline numbers, nor as a talking point not once at all so sad which makes it so pointless on your part to be asking the candidates about their view on it when you clearly not showing yours!

As as Russia-gate goes I think that most are waiting on a report that may or may not be public only to find out in the end that when you do see it it’s with mostly redacted or that everything and anybody that was impacted by the probe has already been put out for all to see but you will miss it because you focused on the big bang which leads me to saw that the  house and senate need not wait to roll out the impeachment docs and get to work because if you were to lay that down to the side the president has committed way more other offence s that add up to high misdemeanors and crimes. Which will warrant impeachment period!  I mean say if the probe finds no Donald prints then what the dems going to try and then get him on the little things that add up in my opinion its then too late because you’ll e playing into his hands and making true what his base already see as purposely trying to find something.

Hello and Welcome to “True Tea Magazine LGBT Live Radio” The official Beat of the Carolina’s and surrounding cities LGBT Community. Your Newest for some and Your now Favorite for others LGBT Live Radio Station, where the beats and the tunes are relentless, non-stop, and full of that old school new school and no school body bumping, dance floor humping, wear you out BASS. So get ready to get your party on all day every day whenever you want!

FOLLOW LINK BELOW TO BE ONE OF THE 1ST 2000 TO GRAB YOUR FREE DOWNLOAD OF THE TRUE TEA MAGAZINE LGBT LIVE RADIO APP AVAIL. NOW IN GOOGLE PLAY STORE

“BECAUSE OF ALL OF YOU LOYAL LISTENERS, SUPPORTERS, AND SPONSORS AGAIN I HAVE BEEN PROPELLED INTO THE ARENA OF A SUCCESSFUL MISSION COMPLETE””

TRUE TEA MAGAZINE LGBT LIVE RADIO APP IS OFFICIALLY READY FOR DOWNLOAD IN THE GOOGLE PLAY STORE
TIME TO COMMENCE DOWNLOADING A DAY EARLIER THAN EXPECTED. BEEN WORKING OVERTIME AND BECAUSE OF YOUR LOVE AND SUPPORTIVE FINALLY MADE MY DREAM OF YESTERYEAR A REALITY THIS YEAR, AND I THANK YOU SO MUCH FOR HAVING MY BACK FROM BEGINNING TO END AND NOW WE START ON A NEW JOURNEY WITH A NEW BEGINNING AGAIN THANKS
—————————————————————

OMG SOMEBODY PINCH ME AM I DREAMING IM THE NEWEST OWNER/DEVELOPER OF MY VERY ON GOOGLE PLAY APP THAT IS VERY MUCH READY FOR THE WORLD TO DOWNLOAD AND STAY INTUNED WHENEVER WHEREVER FOR AS LONG AS YOU WANT.

NOW ITS TIME TO GET THEM RATING LIFTED TO THE LIMIT AND BEYOND, AND WITH ME HAVING 5000 MAX FACEBOOK FRIENDS (GIVE OR TAKE) IM SURE THIS GOAL WILL BE A WALK IN THE PARK FOR SURE. SO TO SHOW MY APPRECIATION IVE INSTALLED A PRE-SET SO THE 1ST 2000 DOWNLOADS WILL BE FREE OF CHARGE.

$0.00 (ZERO DOLLARD) FREE JUST SIMPLY DOWNLOAD THE APP FROM THE GOOGLE PLAY STORE APP ON YOUR ANDROID DEVICES AND GET THIS PARTY STARTED RIGHT

Hello, I’m Daryl Hallman and in the Drag Community, I’m known as Daisha Monet founder of True Tea Magazine Productions, and I’m honored to be entrusted to deliver true multiple communication platforms. A magazine born in New Jersey that has broken so much ground in its first year, alongside my new addition True Tea Magazine LGBT Live Radio station that’s based in the beautiful state of South Carolina. True Tea Magazine is a publication that doesn’t just report on developments; it stands for something. We embrace the idea that our outlet serves a purpose in our world that goes beyond dollars and cents, and that a responsible and sustainable enterprise can be a vehicle for progress. I believe these higher goals don’t contradict the quest for notoriety. On the contrary, we’re a convinced business that reflects and embody the LGBT community and we will be tomorrow’s leaders. We are passionately interested in the nitty-gritty of what makes the LGBT community really work and celebrate the creative people in all genres of this lifestyle, at all levels, who inspire innovation.  I’d love your feedback about this issue. You can email me at darylhallman@trueteamagazinelivelgbtliveradio.com

LGBT persons often have great difficulty finding shelters that accept and respect them. Transgender people are often forced to classify themselves as a gender with which they do not identify. These individuals are particularly at physical risk in shelters. This risk comes from a lack of acceptance. Ex. Transgender women (born with male genitalia but identify and live as women) forced to take shelter with heterosexual men are frequently subjected to verbal, physical, and sexual abuse. Transgender individuals have often been turned away from shelters and in some cases, signs have been posted barring their entrance

LGBT individuals everywhere deserve respect. However, for the homeless, some new considerations should be taken into hand. Forcing a person to identify as the sex their physical characteristics and genitalia identify them as is cruel. Requiring a sex change to allow the individual to stay in their expressed and self-identified gender is also unfair and demeaning. Regardless of a persons’ gender, sexual preferences, or questioning manner, all people deserve the right to safe shelter.

20% of homeless youth are LGBT. In comparison, the general youth population is only 10% LGBT.

While homeless youth typically experience severe family conflict as the primary reason for their homelessness, LGBT youth are twice as likely to experience sexual abuse before the age of 12.

LGBT youth, once homeless, are at higher risk for victimization, mental health problems, and unsafe sexual practices. 58.7% of LGBT homeless youth have been sexually victimized compared to 33.4% of heterosexual homeless youth

-Published by the National Coalition for the Homeless

A True Tea Look into the Mindset of Lyrad Namllah, via an insert from his upcoming book entitled “Illusion of Confusion”